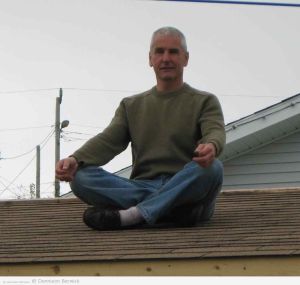 How to stay happy in the face of endless delays

Few situations are more frustrating than endless delays when you’re trying to move ahead with an important project. Each little delay may seem petty in itself and nothing to get worried or upset about. But short delays add up fast and, ultimately, can cause major opportunities to be missed and hard deadlines to crash. And bad as that may be, even worse is the effect on energy, enthusiasm and morale that seemingly endless delays can inflict. If things get bad enough you may even end up undermining your own commitment to the big project itself. This summer, that has been the story of my attempts to sail down the Labrador coast. It’s been one of the most difficult and challenging times of my life, when absolutely nothing seemed to go right and each day required a new commitment. Getting through the endless months of delays – and I have made it through more committed than ever to the project and to the boat – has taught me a lot about the importance of small counter-measures to survive.

The project this summer was to retrace the voyage 200 years ago this summer of an Inuk sea captain, his wife and family who took two Moravian missionaries along the coast of Labrador into Ungava Bay, in northern Canada. This was to have been the culmination of more than three years’ work, time and money, so as the weeks slipped by, the sense that it was not going to happen after so much has been invested was very disappointing and exhausting.

The coast of Labrador is probably the wildest coast remaining in North America – hundreds of miles of wilderness with no human, roads, or settlements, 4000 foot mountains rising directly up from the sea, 56 foot tides (highest in the world), hundreds of icebergs, and the storms and swells of the Atlantic Ocean smashing into the coast. The voyage in 1811 was an extraordinary adventure, not only for its dangers – which were many! No charts (maps), no depthsounder (for knowing how deep the water), no radio, and a coastline of rocks and reefs that had never before been sailed by a small sailboat. In addition, the voyage took place at a fascinating time in the history of the Inuit when contact with Europeans was still recent and very few were even nominally Christians) and when Europeans too were very different to the people today. This was, after all, before the Industrial Revolution, before Darwin, Marx or mass consumerism. It was the era of the American War of Independence, the French Revolution and the Napoleonic Wars. And what has been especially interesting for me is that the Inuit in Labrador in 1811 had had about the same amount of contact with Europeans as the Yanomami Indians had had when I lived with them in northern Brazil in the late 1980s. Much of what the missionaries or others report about the Inuit I have experienced first hand with the Yanomami.

So when all this was in jeopardy this summer because of endless delays and small problems, it was tough to keep the enthusiasm and the energy going. But who hasn’t faced predicaments like this? What can we do to get through them with our dreams, our goals still intact?

James and Beka at Big Falls

My return to Newfoundland at the end of May went well. Stayed with CouchSurf friends Beka and James in Deer Lake. And they introduced me to the delights of partridgeberries – which were one of the blessings of the summer. “Newfoundlanders love partridgeberries,” Beka told me, so I bought a pie with the intention of offering a slice to everyone who gave me a ride north. (I had to hitch-hike the 250 miles with 64 kilos of baggage because the only transport in Englee didn’t answer his phone or return messages for two weeks!).

All through June the weather was miserable. Either rain was falling, or it had just stopped raining or it was about to rain. For the first few weeks my priority was cutting firewood for the stove to keep warm. People in Englee were generous with their scrap wood and a table saw to quickly cut up the 6″ lengths my wee stove consumes. In fact, the stove was burning every day (though never all day) all summer. During all the weeks of the summer, I wore shorts only two afternoons and took off my sweater only on about four occasions. And I sat in the cockpit only once enjoying a coffee before deciding the day was too cold.

One of many piles of wood awaiting chopping

When Kuan Yin was finally launched I discovered that the new glow plugs (to warm the diesel engine) given to me by a friend did not work. They couldn’t be bought locally and I didn’t have internet access, so a good friend in Toronto searched for me and ordered them by courier from Los Angeles. Instead they were sent by mail and got caught up in Canada’s mail strike. Though the Canadian government forced the workers back to work (supposedly because of the damage they were doing to the vast Canadian economy) they failed to force Canada Post to clear the backlog of mail so the six glow plugs took more than five weeks to arrive – weeks of waiting and expecting them to arrive almost any day. Nothing to do but to keep busy and try to keep cheerful.

At long last, in late July, with icebergs already coming down the coast from Labrador, Kuan Yin put to sea and sailed north. Though there was a moderate following wind, I motorsailed north in order to be able to power up all the electronics on board, including a new Furuno radar, and make sure everything was running perfectly, including the engine. The day was glorious, with no fog. It was such a relief to be back at sea. My small boat comes alive, the air is fresh, the light bright and all the little hassles of the land are left behind. For ten hours I sailed north passing enormous icebergs. It was to be the only day Kuan Yin got to sea the whole year! Though boats are mechanical and are not supposed to have either heart or soul, anyone who sails knows that boats have both and that they only really come alive when free in their elements of wind and water…