SAVAGES, The Life and Killing of the Yanomami 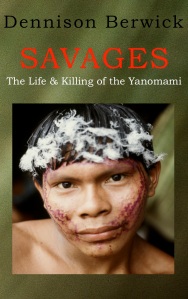 Yanomami men and women tell their own stories of their contact with the outside world, especially the decimation brought by an illegal invasion of goldminers since 1987 and the challenges they now face in contact with Whites.

This book is the only one reporting from the Yanomami point of view about the attempts by the government and gold miners in late 1980s to destroy them, the upsets in the cosmos caused by extracting gold from the earth, and their valiant resistance and fight for survival.

Savages: The Life and Killing of the Yanomami

“Dennison Berwick’s lucid account of living in a Yanomami community, and of the events surrounding its fight for survival, makes a good case for takings its intuitive wisdom seriously. He does not see the Yanomami in a nostalgic light. He simply argues for them making their own choices about how much to “progress”.
The Observer, London, 1992

Covers of other editions: 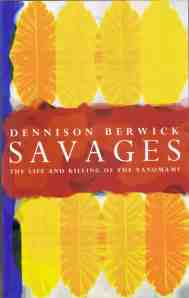